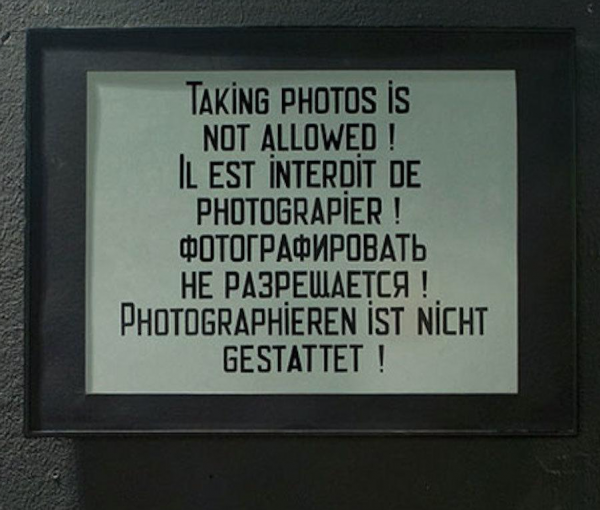 Pulse radio published an interesting article on no photo policies in clubs. Berlin’s clubbing legends explain why “NO PHOTOS” makes partying there so special.

This article was originally published as part of the Creative Footprint project, a non-profit organisation that measures and advocates for creative public spaces in Berlin, and soon the world.

It’s sometimes difficult to imagine a space still removed from the omnipresence of social media and camera phones in modern society. Where a person’s actions aren’t instantly recordable and uploadable for the world to see, left instead behind closely guarded doors, shrouded in mystery.

But that’s a huge part of the allure of Berlin’s club scene, and what’s helped advance its mythos as an adult playground hidden from proper society, where people can be whoever or whatever they want to be. You can dance in Berghain to Wagnerian industrial techno while wearing latex and chains on Sunday evening, and return once again to your banking job on Monday morning. It’s an integral part of the Berlin clubbing experience.