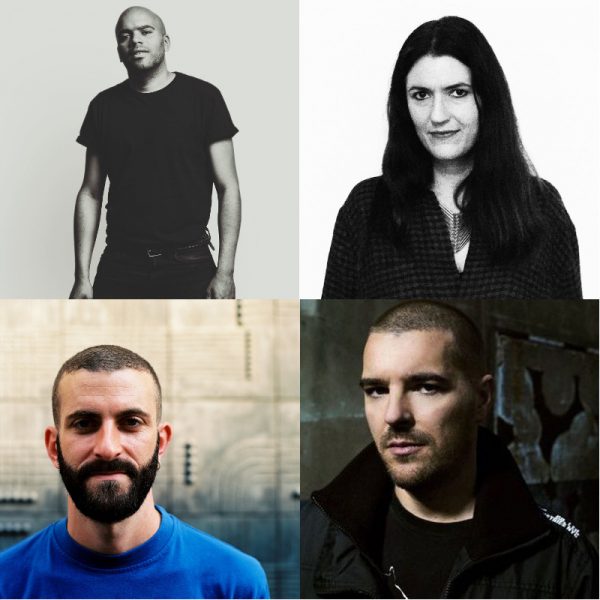 After our joint blissful 24-hour party marathon into this present year, we’re happy to partnering up with the Playground crew once again. With the aim for upgrading the Munich nightlife for the open-minded party crowd, they’ve constantly put on hard-hitting raves over the past 12 months. Yes, indeed, it’s time for an exceptional birthday edition in Blitz this Saturday. Get yourself prepared for another long-lasting night featuring a remarkable cast of DJs. Just get a taste of it below…

First off, Francois X’ formidable debut album „Irregular Passion,“ out on the Parisian Dement3d label, clearly deserves a worthy celebration. Drawing inspiration from the bustling nightlife with its intense sensations, the French techno stalwart playfully crafts an enthralling and unsettling, yet sensual ambience. Currently completing a huge tour throughout Europe and Asia, Francois X will adeptly dip the Blitz Floor into sexual tension and blurry atmospheres.

Joining him will be no less than Benelux techno legend Speedy J. One of the pioneers pushing new sounds foward in the 90’s, alongside Laurent Garnier, Aphex Twin or Richie Hawtin, and establishing Rotterdam as a musical trademark. With a back catalogue, ranging from Warp Records and Planet Mu to Stroboscopic Artefacts and his own Electric Deluxe imprint, this will be one for the records.

Panorama Bar resident Roi Perez sees his approach to DJing in purely wanting to let the music play. An admirer of possibilities and the power of expression, the Israeli native takes the audience on a dynamic musical journey through genres and styles. And even off-clubland, he hones his craft in such brilliant mixes as the recent one on Rinse FM.

Rounding off the bill at Blitz floor will be our dear club resident Julietta. Her profound devotion to warm house grooves and melodies since the early 90’s made her become the unique activist in Munich clubland that she nowaday is. With an aptly intuition, her sets floatingly vary between House and Techno with all its deep and dubby facets.

The PLUS room is about to get deep on Saturday! The Irish native Cormac not only held DJ residencies in global entities like D-edge Brazil, Culture Box Copenhagen, Space Ibiza and fabric London, his productions also gained Kudos from Miss Kittin to Jennifer Cardini and Nina Kraviz. Young Berlin native Nitam meanwhile stands for moody, melodic synth sequences combined with uplifting elements. In quite an instance his mix of classic house with modern techno slant lead to regular appearances at Panorama Bar and two releases at Ostgut Ton’s sublabel Unterton. Third in the round will be Playground resident Rony Golding. Almost 20 years in the DJ game, the Cologne DJ and producer moves around tech house and progressive techno for some of the most amous underground gay parties in Europe.