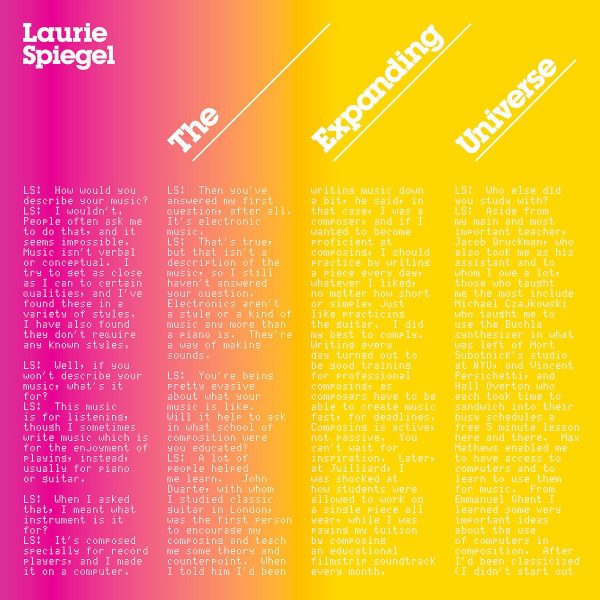 Laurie Spiegel is a composer from my home city Chicago. For years, her pioneering work on the GROOVE synthesizer went largely unheard. In 2012, these works were included on a 2-cd edition of The Expanding Universe (1973-8). It contains over 2½ hours of music created at Bell Telephone Labs during the 1970s. This album includes the first realization of Harmonices Mundi, Johannes Kapler’s purely conceptual composition of planetary motion (1619). It was chosen for the opening track on the “Sounds of Earth” section of the golden record placed on board the Voyager Spacecraft in 1977. The Expanding Universe is one of my favorite records to listen to with friends and has been the soundtrack to many quiet moments of reflection, confrontation with the Other and love. It will be a perfect evocation before the ecstatic chaos I intend to conjure behind the decks at.
– Eris Drew