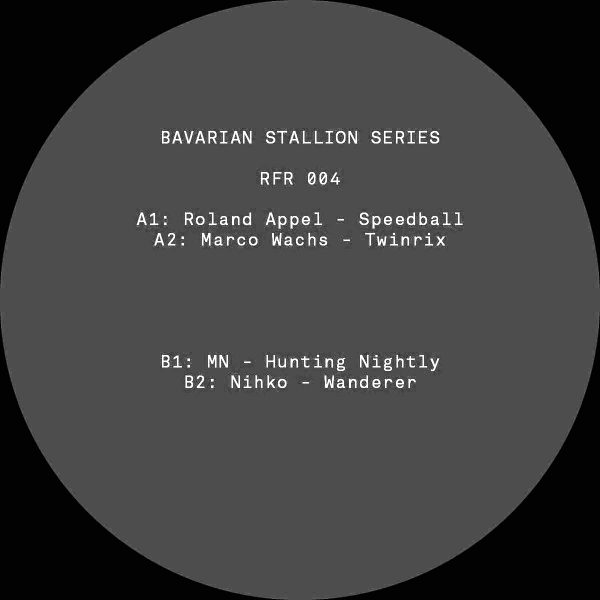 Since March 2018 a new imprint was added to Munich’s diverse label pool: RFR-Records. The label started with releasing a run of 12inches labelled Bavarian Stallion, a series featuring the music of some of Munich’s finest talent, such as Kareem El Morr, David Goldberg or Kessel Vale. The 5th instalment of this chronology was released in October. A 12inch diving a bit more into House territory with tracks by the likes of Marco Wachs, MN, Nihko and our resident Roland Appel. His contribution Speedball is well worth a listen, as is the rest of the release.