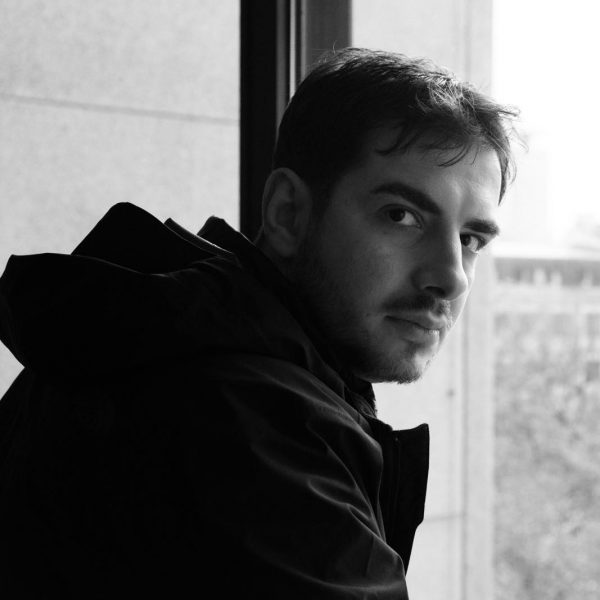 Last week Stenny’s debut LP Upsurge saw the light of day via Ilian Tape. Jonas Yamer sat down with him for a personal talk on the album, relocating from Turin to Munich, euphoria, abysses and guilty pleasures.

J: How long did you work on Upsurge and do you feel relieved now?

S: I can’t really say or quantify a specific amount of the the overall working time. It’s rather many results from my last four years of making music. There are tracks from 2014 on it and there are some that I made 6 months before the release. That’s why it is called Upsurge. I started to slowly think about the album and in the end it escalated in my workflow becoming more focused and intense. When I got closer to having an overview and to the actual completion I gained motivation. Before that it was about 50 tracks here and there and I even forgot about some of them again. At some point I could reduce the 50 to 20 and the 20 to 15. Also the Zenker Brothers guided me to what they thought would make sense. I’m not sure if I am relieved but I’m chilling right now and try to not overthink it anymore. I definitely needed a break and some distance from it but now I feel confident.

J: So it was also a process of compiling rather than following a certain concept?

S: Yes, it’s not a conceptual album but more like a journey through different styles of music that I interpreted through my own taste. There are tracks that are more organic or dubby, there is footwork, grime, electro. It’s music that comes from my every day life. I don’t need to explain too much to myself when I make music. Not yet. I know what I want but sometimes I just let it go and then see where my mind transports me, where my feelings go. It happened to me that I made music when I was really sad, angry or happy, I think you can hear this. If there is something I can channel into the music, it is my feelings – as cheesy as it sounds. I am definitely not a person that is always happy or positive, I like to be negative, I like to be sad and I just deal with it. I’m used to it.

J: So you embrace that part of you rather than neglecting it?

S: Yeah. And who the hell is happy all the time? I’m happy for you if you are. Honestly. (laughs)

J: Maybe the best quote here. When I listened to Upsurge, I felt you breathing in a way because you could spread your ideas over a longer duration rather than having to tell the whole story in the 25 mins of an EP. I found that very interesting.

S: Yes, so that’s the idea behind it. I wanted to make an album that I would enjoy listening myself as well. When you produce a dance music EP, it is most likely stuff that could work on a dancefloor or function in a DJ set. In dance music you mostly have the purpose of functionality. The album definitely has this inclination towards sound system music too but there are also some tracks that I can imagine listening to while at home looking out of the window or reading a book. It’s cool when an album has moments of energy, euphoria as well as sad or pensive ones. That’s what we said in the beginning about compiling. It was not just randomly sourcing tracks from my collection which is not that wide to be honest (laughs). It was about connecting the dots between the ideas I had in the last four years. A track I did four years ago thinking about the album would not be that different from a track I did yesterday thinking about the album because I always thought in the same direction. It was just hard to maintain a flow while playing gigs, doing different jobs, being broke and having to sell equipment. We all have to deal with this kind of shit. Of course it breaks the flow. For me it’s not that easy to get something like an album done in a short time.

JY: Detraction made me cry three times yesterday. Two times at home and then again while riding my bicycle. I like how it unfolds.

J: Yeah, I was kinda fragile and it touched me deeply. I think Detraction and Psygraph are the ones that I listen to the most.

S: They are two of the oldest tracks actually.

J: And I love In a distant light.

S: It’s one of the most recent, I did it in the last weeks before the deadline. I wrote and recorded it within two hours.

J: In a distant light and many other tracks display a side that you didn’t show so much before. Was Upsurge also about living out the melodic and ambient Stenny?

S: Absolutely. I’m not a trained musician, I can’t write notation, I just work by hearing. Maybe I’m free from this limit of being musically correct. I wanted to challenge myself to do something that’s musical and listenable. And it’s mostly melancholic.

J: Some moments are even happy.

S: Yeah, because it was done in moments of euphoria and in moments where I had to drag myself to the studio, where I was pervaded by negativity and horrible feelings. But I am happy with the outcome. Sometimes I also cry listening to the tracks because I can reconnect to certain feelings. And sometimes I cry out of happiness and because I managed to channel all these ideas. I have many unfinished ideas that are good per se but I just couldn’t finalize and translate them into the form that I want them to be. The goal was also to make a record that makes people think „Wow, I didn’t expect this from Stenny, I expected bangers and now there are lots of thoughtful moments“.

J: Definitely leaves that impression on me. What inspired you during the process of making Upsurge?

S: First of all I would say change. A lot of things changed for me in the last five years. Personal and situational change and growth. Being through the second phase of your twenties, moving abroad, learning a new language, meeting new people, putting yourselftowards new challenges. And all that wasn’t something that always made me feel good. Many times I was alone with myself and I thought that I did completely wrong or that I fucked it up. I had moments of regret or self-destruction. When you leave your friends and family behind it’s always hard. It can really worn you out inside. People just want want to know your bright sides. Everybody wants to deal with the funny guy. Nobody wants to deal with negative people. And when go through a change in your life like I did there is a lot of negativity. At least it was like that for me. There were a lot of negative things that emerged during the process which I didn’t consider or couldn’t know. So there always was this equilibrium of the excitement about the new path and the fear of having made the wrong decision.

J: Does that also have to do with the title Upsurge?

S: Yeah, it was a complete restart. And I also had to restart at least once within the restart. Climbing and falling. When you fall two to three time you start to know where the path is: not here, also not there and not over there either. Ok, maybe I know it after falling the fourth time (both loling). I’m still not there yet, still climbing.

J: It says a lot that you mention all these personal and biographical details answering questions about your album.

S: I don’t escape from my life while making music, I just translate it. My studio is not my safe space where I can hide. It’s more like „Fuck, I had a shit day so I will make a really heavy track“ (laughs).

J: Is the artwork connected to the title and if yes, how?

S: We tried many things. It was a long process. Suddenly Anja Lekavski came up with this idea.

J: It makes you wanna have a closer look.

S: Yes, and it’s also about the color. I think this album sounds very green. But in general the artwork was something that I’ve never really seen. That’s why it was difficult to find the right one.

S: I’m taking a break now, not going to the studio since September. There is a remix that I did for Tommy Four Seven, which is coming out on 47 in November. Apart from working more with Ilian Tape I don’t have plans for the moment. Maybe I will start working on a second album soon because I’ve been through the process now. It is like an architecture project. You go from the hyperdetail scale to the real scale to the overview.

S: Yeah, I studied architecture before so I had to deal with this.

J: What makes you happy?

S: Red wine…What makes me happy? I’m really happy when I feel backed up. When I feel that I can really rely on somebody. In terms of music I’m happy when I play a good set and feel that I make people happy. I love that. I don’t have that pushback when I make people happy. I really enjoy that! Good records immediately lift me up. That doesn’t mean it has to be happy music. But good music just brings me to realize where I am and what I’m doing with my life. It brings me out of the black hole.

J: Same here. When I listen to quality dark or melancholic music I feel good because I feel at home there. It gives me some kind of existential meaning.

S: Definitely. It gives you the context. Yeah, I definitely belong there. In the limb.

S: No, not really in the abyss but on the edge of it. (both loling) Just hanging there with three fingers and somebody is stepping on the them. (both loling more)

S: Aah, I’m pretty hedonistic…but…guilty pleasure? I think my mom will read this with google translate (laughing). But in general I have many. Buying expensive records and then crying because I’m broke for example.