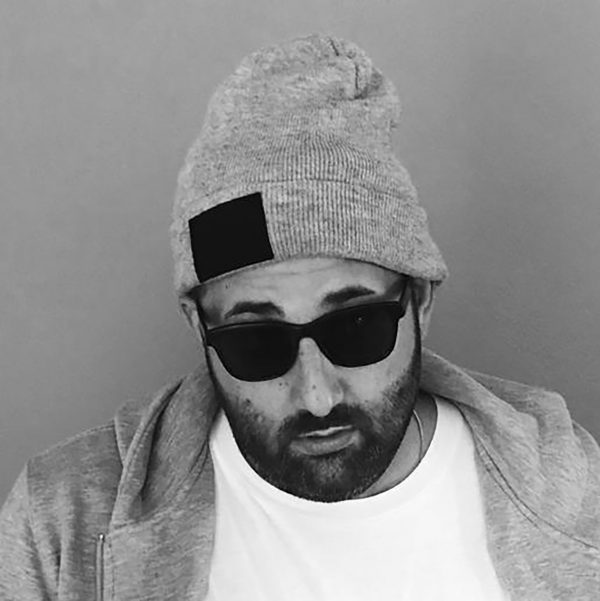 Muallem has always focused his attentions on the communal experience of dancing. This love was incubated in Munich, a city where Muallem first found himself sneaking into clubs at the tender age of 15. Over the years, his career saw him produce and perform under many guises and live across the world exploring local scenes and movements whilst refining his own DJ craft. However, it was when he returned to Munich after over a decade abroad, that Muallem was able to make his biggest mark on electronic music and its community.

Playing a key role at influential Munich club Bob Beaman, Muallem was the creative director and programmer until May 2016. Also occupying a resident slot, he rapidly gained a reputation for a vast depth of music knowledge, which he uses knitting together house, techno and disco jams drawn from across the decades. His immersion within the Munich scene saw him busy running SMiLE Festival and affiliated Art of Dance nights until 2017 when he opened Blitz, one of Europe’s most respected club institutions. Here his progressive music policy, dynamic understanding of audio acoustics as well as an appreciation of the relationship between DJ and dance floor came to the fore.

His desire to open venues and create a blank canvas for artists to express themselves was also driven by wanting to create a club that makes you part of something, a community and a place of freedom for the people who are fleeing the everyday. His DJing feeds this atmosphere of escapist hedonism and elevates the crowd to those transcendent dance floor moments. As the creative director of Blitz, the risks he takes with club programming are reflected in the risks he takes with his selection while DJing, a talent which places him amongst the scenes established taste making luminaries. Always working to find unheard cuts or records others might stay away from, it was the educated crowds at Bob Beaman and Blitz that served as the perfect foil for him to master this craft as a selector.

With regular and mostly long lasting closing sets at Panorama Bar as well as landmark sets at Robert Johnson, Printworks, DC:10, Rex Club, IFZ, Bar Americas and Shelter, his international profile has grown to match his domestic reputation as a DJ with a revered approach to track selection and ability to inject ecstatic vibes into any party. Performing internationally allowed him to realise that a great experience on the dancefloor is such a universal happening that the location doesn’t matter.

Another milestone on Muallems storied timeline is the creation of LGBTQI+ night Cruise. Finding its home at Blitz, Cruise is a project close to his heart that he created with two close companions, Gio and Werner. The idea for the night was established over the years out of the desire to promote inclusivity for all with a forward thinking approach to music, something which has been a defining trend throughout Muallems career. Muallem considers the night as “blueprint for what Blitz is about”, no wonder it’s international acclaim goes hand in hand with the club.

He understands the primary purpose of a club and a DJ is to make people dance TOGETHER, so as a performer he is one that lets the music do the work for him. Selecting tunes that feel familiar yet new, Muallem has a connection with the crowd that only an experienced dancefloor campaigner can attain…